Everything You Need To Know About Diamond Fluorescence.

Everything You Need To Know About Diamond Fluorescence

A diamond’s quality is widely determined by the 4C’s. While the world is familiar with the attributes of cut, colour, clarity, and carat of a diamond, more goes into it. Moreover, all of these factors are significantly interlinked to each other. For instance, the brilliance of a diamond, affected by the cut, essentially contributes to the stone’s clarity.


The natural white spark and the beautiful array of colours seen on a diamond are often broadly categorised as the ‘shine’ of a diamond. But, several attributes contribute to this shine, making diamonds the epitome of charm and beauty. Of all the extraordinary capabilities of a diamond, fluorescence is its’ tendency to emit colour when exposed to the Ultra-violet spectrum of light. Under such an environment, fluorescence causes diamonds to emit a bluish light. Therefore, it is a significant factor contributing to the colour, price and overall quality of a diamond. 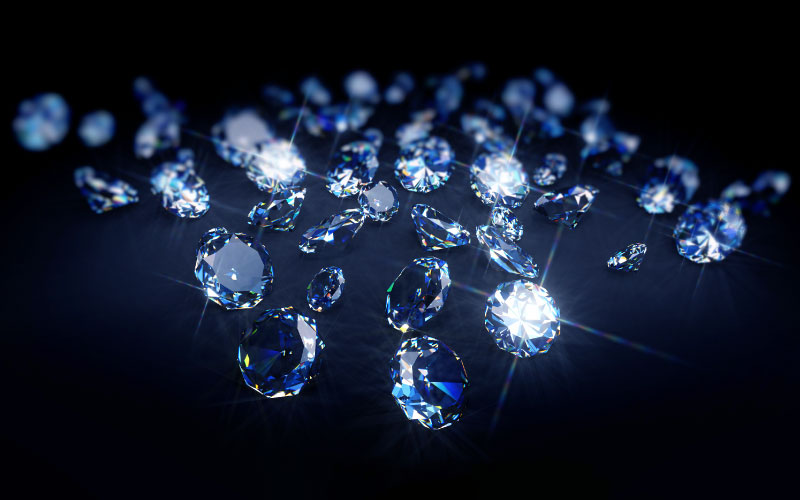 This remarkable phenomenon is quite rare. Only about 25-30% of gem-quality natural diamonds emit diamond fluorescence. Out of the total fluorescence exhibiting diamonds, 99% exhibit a bluish spark and more rarely, some diamonds emit a green, yellow or orangish light.


How Is It Formed?


Traces of boron, nitrogen or aluminium found in the atomic structure of the stone lead to the formation of fluorescence in a diamond. When a significant amount of these foreign minerals replace a diamond’s carbon atoms, the stone becomes a naturally coloured diamond. Upon encounter with UV light, the atom electrons absorb energy and emit it in different colours—the variation in the fluorescence colour results from unique crystalline structures of other diamonds 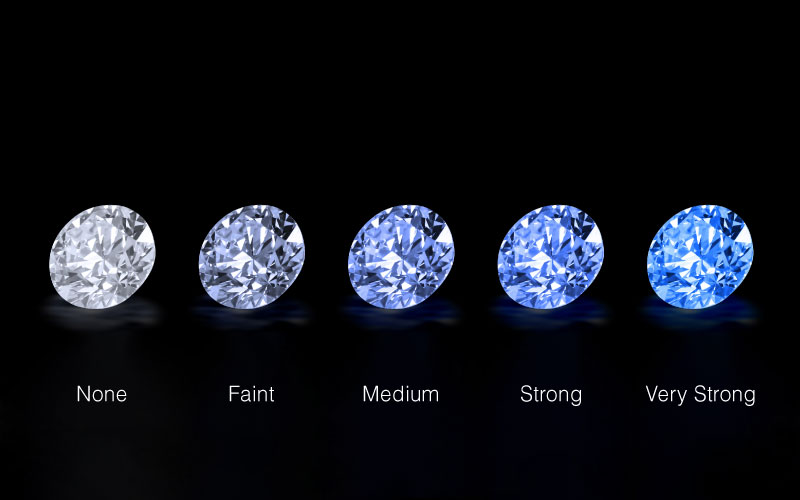 An average person cannot visually detect the fluorescence effect because it does not significantly impact the diamond’s visual appearance. In comparison, professionals think that a diamond’s beauty is enhanced by blue fluorescence. This is because it also makes a faint yellowish diamond appear more colourless in UV light. On the other hand, bluish fluorescence is often considered undesirable for diamonds in the D to H colour range. Occasionally, these diamonds with a Very Strong fluorescence rating appear hazy or oily visually.

The Striking Shimmer Of Diamonds


Fluorescence is a striking phenomenon that can either enhance or detract from the beauty of a diamond. In the gemstone world, diamond fluorescence is an interestingly unique, imperfect perfection. Overall, the effect of fluorescence on the final gemstone is highly dependent on the diamond grade. Typically, diamond fluorescence is neither a positive nor a negative factor. It is more of a personal preference of the buyer because its’ effect is entirely subjective. Diamonds are one’s priced possession for a lifetime. Thus, before making a purchase decision for these gemstones, it is essential to consider all the contributing factors that collectively form the final appearance and quality. Especially if buyers are looking for a diamond with maximum brilliance, they should check the GIA certificates and opt for stones with a Faint or None fluorescence grading because those diamonds look beautiful in all lighting conditions 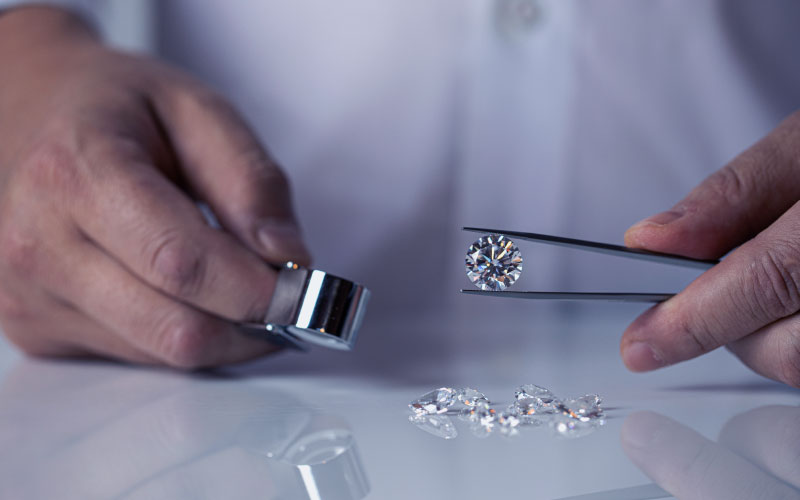