India has always played a pivotal role in the eventful history surrounding some of the most important diamonds in the world. Not just those like the Kohinoor, today nine out of ten polished diamonds come from India. The term "diamond" first appears in a Sanskrit document from 320–296 B.C and the name for diamonds in Sanskrit is "Vajara," which also refers to Lord Indra's weapon, the thunderbolt. 75 years is a long time for the processes, leaders, economy and trends of any industry to evolve and the diamond industry has been no exception. Let’s map out how far we’ve come with these precious stones since the victory in 1947 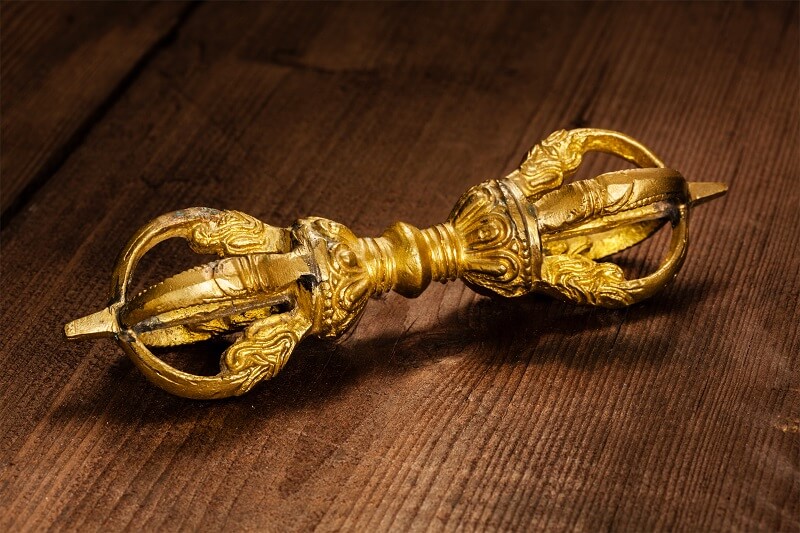 The History of Diamonds in India - Before Independence

India has a very rich history of diamonds. Diamonds were first discovered in the 4th century in India, but the tales of them in Indian scriptures are dated back to 500 BCE. India has been at the forefront of this sparkling industry, from manufacturing, to polishing and the best instances of these gems are seen in the tales of our long and diverse lineage of royalty. It is believed that, up until the 18th century, India was the sole producer of diamonds in the world. The quest for other mines began after Indian mines started depleting. India has produced some of the greatest diamonds in the world, especially from its mines in Andhra Pradesh. They were valued for their strength, brilliance, and for their ability to refract light and engrave metal. Some of the legendary gems include the Koh-i-Noor, Nizam, Hope Diamond, Regent Diamond, Great Mogul Diamond, and the Orlov Diamond.

It was India that discovered that the diamonds can be shaped and polished with the help of another diamond, and they made the first simple polishing board. The town of Karwar (which is now a suburb of Hyderabad) became the largest hub of polishing and cutting diamonds that came from the mines. The Industry reached its peak in the 15th and 16th centuries. In 1726, mines were discovered in Brazil and later in 1870 in Africa. Until then India was the only source of diamonds in the world.

India became a trading hub in the late 18th century. People all over used to believe that diamonds of India are better in quality than others, so the traders shipped them from Goa to everywhere. While the diamonds were traded from India, various polishing and cutting centres were established around the year 1900.

Before independence, India was famous for its craftsmanship, agriculture, and handicrafts. The quality of Indian workmanship in textiles and precious stones was lionised in every corner of the world. As India was approaching its independence the industry sector suffered with the Britishers shipping away everything precious, including people. The riots during the partition also didn't do any good for the economic growth of the nation.

After India won its independence in 1947, the economy was in a state of depression for several years to follow. However, as new policies in business and commerce started to come in place, the diamond industry too started seeing development. Traders in India started buying rejected rough diamonds at low costs and turned them into polished diamonds. This changed the fate of the Indian diamond Industry forever. 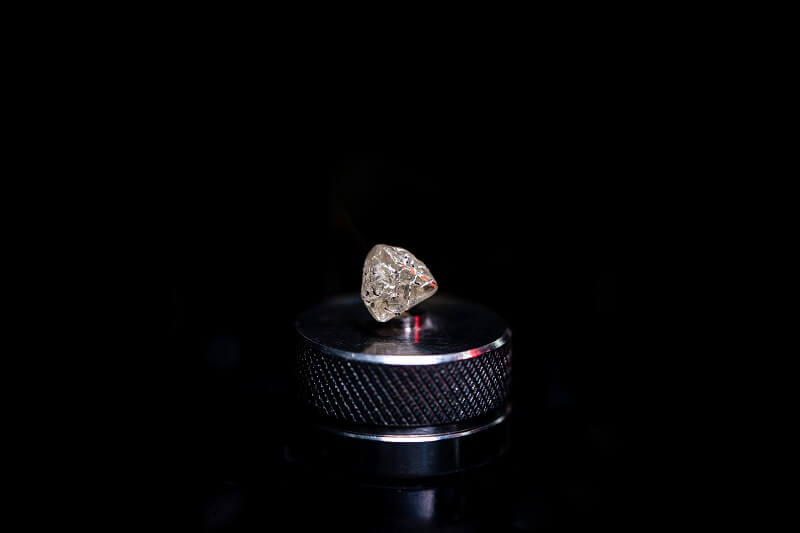 Due to the low labour cost and quality craftsmanship, India became the diamond processing hub. In 1960, the diamond polishing industry was formally recognised and organised, now processing most of the small or low carat diamonds. In 1966, polished diamond export from India totaled 17 million dollars, and ever since then, there has only been an upward graph.

The Indian diamond processing industry took a leap when large deposits of diamonds were found in Australia in 1985. Indian polishers proved to be the best to process those diamonds and large quantities of rough diamonds started pouring in. Surat slowly became the processing capital of diamonds and Mumbai became the trading capital.

Many families and people started joining in and a large polishing wheel called "ghanti" was set up in large quantities. For the empire that is now Laxmi Diamond, all of it began when Mr. Vasant Gajera, the oldest of five brothers, moved from Amreli to Surat in 1968. Their father, who worked in agriculture, took out a loan for them for Rs 10,000. Vasant Gajera, Dhirubhai Gajera, and Girdhar Gajera, three of the brothers, launched three "ghantis," or little polishing benches, out of a rented home in Surat. The company that we all now know as Laxmi Diamond was founded in 1972 and is now in its golden anniversary year. From the humble start to the innovative spirit and growth, it is the rare companies like LD that have nurtured the diamond ecosystem, preparing it for a brighter tomorrow. 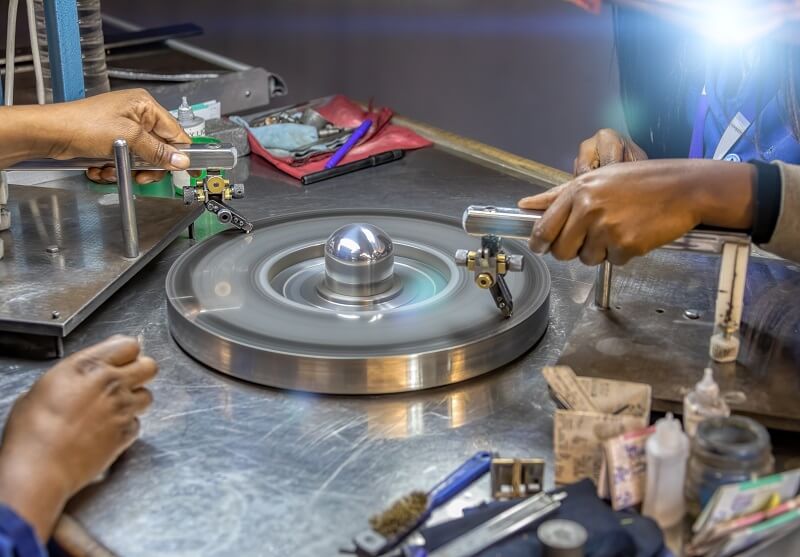 The Industry today & a look towards a sparkling future

Today, the Indian diamond industry is at the top of all the different processes in the value chain from manufacturing to cutting and producing refined diamonds. India is involved in buying, cutting, polishing, trading, and exporting diamonds and employs more than a million people in this wonderful sector of precious gems. The industry has also emerged as a modern mechanised industry with technologies that enhance quality, efficiency, and precision and minimise wastage.

Laxmi Diamond solely employs more than 4000 people who work at different areas and levels throughout their many offerings. With a global presence and consistently being one of the top exporters of finished diamond in India, the Gajera family only aim at going onward and upward. 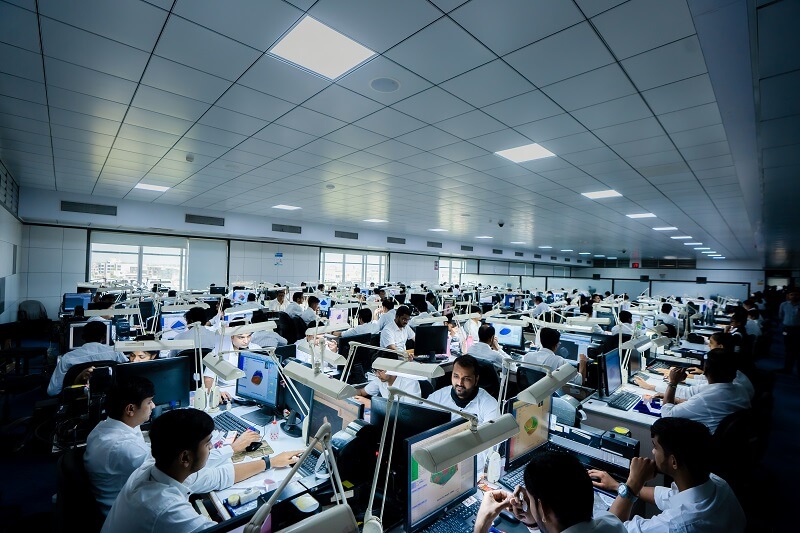 It's pretty prominent that diamonds and India have had a rich and deep-rooted relationship since the ancient period. It's always been flourishing - pre-independence or post and while every industry faces its lows and highs, it looks like for India, diamonds are adamant about always shining bright.