The Perception Of Diamonds: Through Time And History

The Perception Of Diamonds: Through Time And History

Throughout history, diamonds have fascinated humankind in intriguing ways. The gemstone's unmatched beauty and priceless value is just the start of its mystique. But, much beyond that, they have captivated humankind's attention throughout centuries. Indeed, the world's perception of these gemstones has evolved, but diamonds maintain their eternal position in people's lives and hearts.

Today, diamonds are becoming synonyms with jewellery and investment. But, that was not always the case. Since time immemorial, people have considered diamonds more than just sparkling gemstones. And, different cultural beliefs have associated diamonds with several myths and legends. For example, in ancient times, diamonds were seen as out-worldly objects capable of bringing virtue, power, strength, purity, and supernatural abilities. 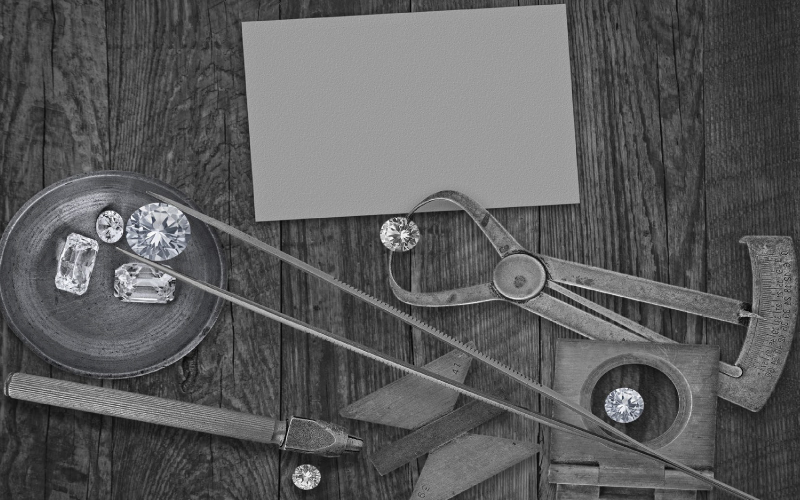 When these stones were first known in India, Hindus believed diamonds formed due to lightning bolts striking with rocks. Some Buddhist beliefs state that wearing diamonds could enable one to change their astrological fate. Moreover, they also came to represent spirituality and immortality.

The Ancient Greeks thought of diamonds as tears of god and considered those to possess indestructible powers. On the other hand, the Roman beliefs specified diamonds as broken pieces of fallen stars that could ward off evil, promote harmony among people and protect one's vitality. The Greek philosopher Plato also wrote about diamonds as living beings, embodying celestial spirits.

Tracing the road down the 8th Century BC, diamonds became widely associated with the term 'Adamas', meaning invincible and unconquerable. Kings started wearing heavy diamond-studded leather breast pads on the battlefield, believing the power of diamonds could lead to their victory.

The Middle Ages even saw diamonds as healing agents and miracle stones to cure stomach aches, memory loss, mental disorders, skin diseases and more ailments. Additionally, diamonds were used to judge guilt and innocence in the Jewish culture. Priests believed diamonds would sparkle when placed in front of innocents and darken when presented to the guilty. 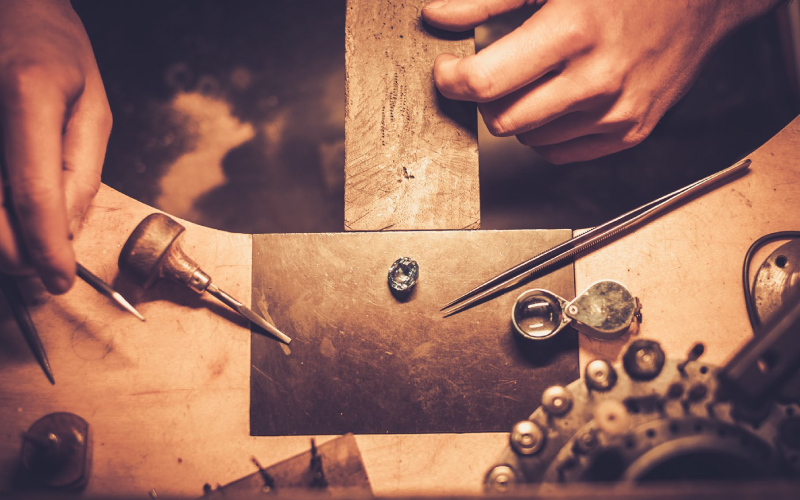 The Charm Of Diamonds- Found, Lost and Found Again

The power and charisma of a diamond continue to this day. But, with the evolution of time and age, these stones are perceived more practically now and regarded for their rarity and value. The shift in perception initiated with the heightened public awareness of diamonds in the late medieval period. Around that time, the discovery of many large stones such as the Blue Hope and the Koh-i-Noor surged the The Charm Of Diamonds- Found, Lost and Found Again After the longest time, diamonds made their way out of India in the 13th century and arrived in Europe. Soon after receiving the prestigious status and evolution of cutting and mining techniques, diamonds reached a peak of popularity by the 19th century. But, the fame diminished shortly.

The idea and legacy of rarity collapsed a little when vast diamond deposits were discovered in South Africa in the 1870s. These gemstones began to lack the exclusivity factor, and the elite shifted to much rarer gemstones such as sapphire, ruby and emerald.

In the mid-20th century, diamonds experienced a resurgence in their popularity, thanks to the DeBeers group. With the launch of the pioneering 'A Diamond Is Forever' campaign in 1947, DeBeers significantly reshaped the identity and sym- 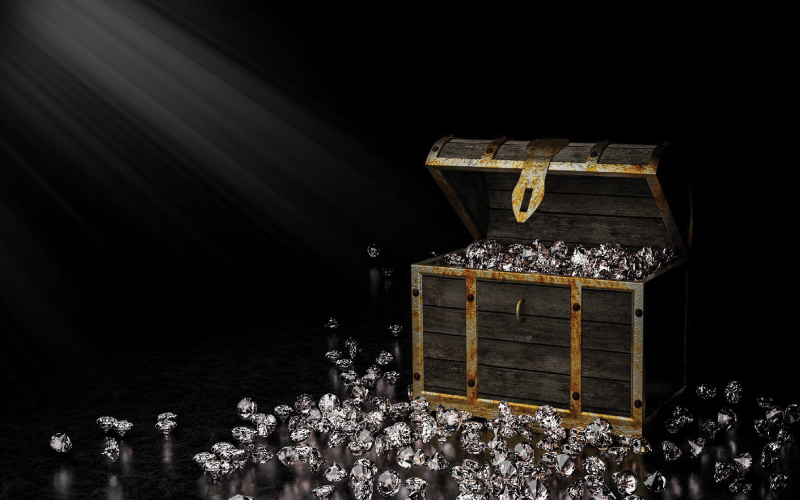 The regard of diamonds as an adornment and a symbol of eternal love is the product of the DeBeers group's marketing campaign. With a very well-structured plan and marketing efforts that got the word going, DeBeers drove the mass hysteria surrounding diamonds again.

Many companies and organisations started initiating campaigns and subsequent marketing efforts to build on this positioning of diamonds. This surge also gave rise to the widespread practice of giving diamond rings.

Contributing to these gemstones' significant value, diamonds are also seen as a symbol of wealth and power. However, similar to the early instances of royals and aristocrats possessing diamonds, these stones remain a luxury, reserved for few.

Diamonds are certainly not a commodity like gold and silver. But, their intrinsic value has made them a popular choice of investment in recent times. Moreover, the many benefits of diamonds, such as being durable, inflation-proof and miniature-sized, also enable people to use diamonds as a financial hedging tool.

Reshaping the way people perceive diamonds is a recent manifold development to the practice of 'giving of diamonds'. As people significantly prioritise the value of self-dependence, diamonds are now perceived with the symbolisation of celebration of self. Increased purchasing power, combined with marketing campaigns that emphasise the 'power of self', is re-positioning the perception of diamonds from a gift to a 'pleasure purchase' and a symbol of independence. 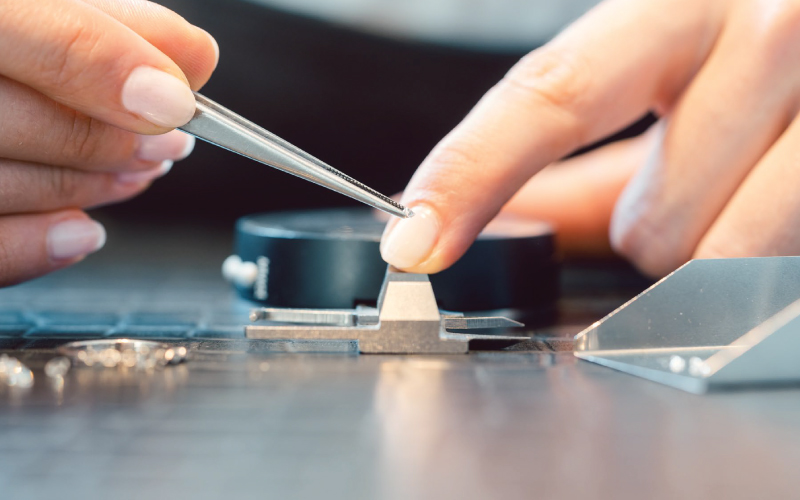 Evolution of Diamonds: In Nature and Perception

A diamond endures an evolutionary experience, not only during its formation but also through the changing dynamics and relationship with the world. From being mystique, unattainable and otherworldly objects of powers far beyond humanity's understanding, diamonds are now a close intimate possession for their owners. The myths about diamonds' supernatural abilities and powers have certainly died down with time and knowledge. Still, the one power of these gemstones that continues to delight humankind is their ability to spark interest, intrigue and fascination for eternity. 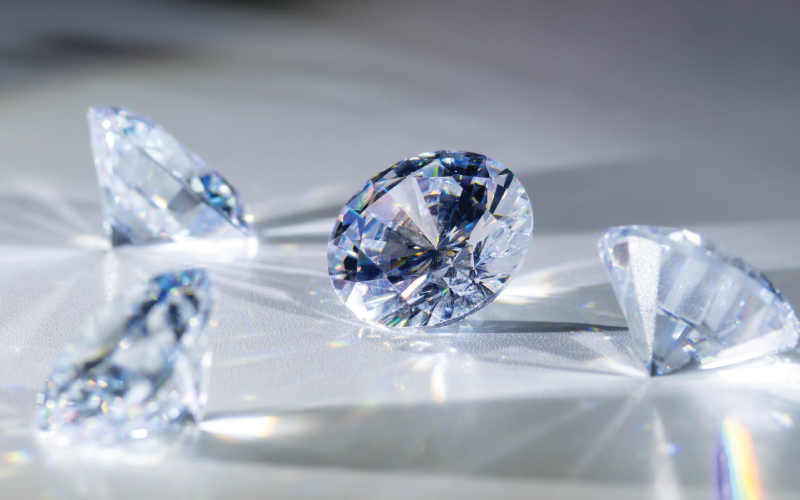