The Treasure Chest Of Diamonds Outside Earth.

The Treasure Chest Of Diamonds Outside Earth

People around the world have told the tale of the origin of diamonds numerous times. Carbon metals under pressure, going through volcanic eruptions and arising as diamonds from the Earth’s surface, feels no short of a miracle. While these gemstones are rare here, the magnificence of the universe houses abundant extraterrestrial diamonds. Technological developments over the years have allowed scientists and researchers to witness the presence of extraterrestrial diamonds. The wonders do not seem to cease from diamonds in meteorites and stars to planets entirely made of diamonds and instances such as rainfall of diamonds.


The Biggest Diamond Star In The Universe

Theories about the presence of precious metals and gems on celestial bodies have been around for a long time. However, in 2004, a startling discovery changed everything, proving the existence of natural diamonds outside of planet Earth.

This tale dates to 1992, when the ‘BPM 37093’ star was first observed as a pulsating variable. Then, scientists identified it as a ‘white dwarf’- the final evolutionary state of stars with low mass and later pointed out its potential for crystallisation in 1995.

Further in 2004, astronomers at the Harvard-Smithsonian Centre for Astrophysics observed crystallisation of 90% of the BPM37093’s mass. And since the star’s interior core essentially comprises carbon, this could only mean one thing- the biggest diamond of the universe was found! The star was then christened as ‘lucy’, connecting it to the iconic Beatles song ‘Lucy in the sky with diamonds. Shining about 50 light-years away from the Earth, Lucy’s size accounts for a staggering 10 billion trillion carats. Here on Earth, a jeweller’s loupe as big as the size of our sun would be needed to grade Lucy someday. Studies also suggest that billions of years from now, the sun will go through the same phase, losing its outer shell and crystallising to live out its end as a diamond. 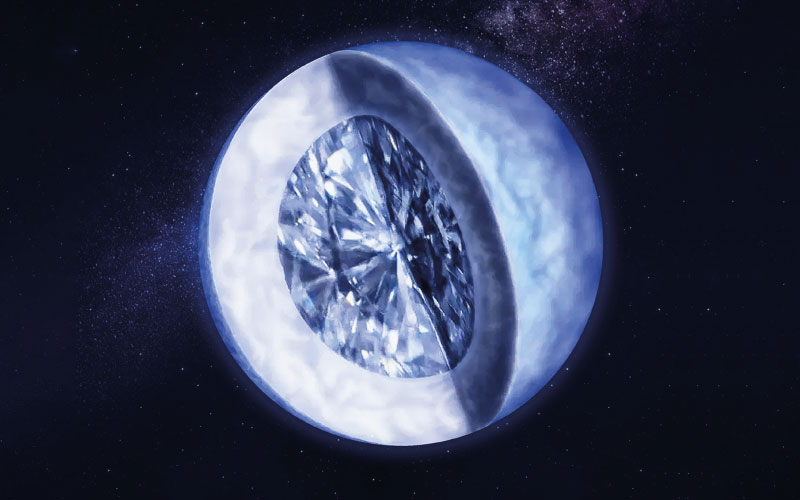 If the universe were a hypothetical museum, a planet called the 55 Cancri e, also known as the Super-Earth, would be the star attraction. Astronomers discovered this exoplanet orbiting a sun-like host in 2004. Later on, researchers at the Arizona state university and the University of Chicago found it a carbon planet, stating that at least one-third of the

Super-Earth planet is composed of pure diamonds. In 2014, the International Astronomical Union hosted a public nomination voting process to name this planet, where it got the name ‘Janssen’ in honour of the telescope pioneer ‘Zacharias Janssen’. While this exoplanet is about twice the size of Earth in diameter, its atmospheric conditions make it geologically inactive. 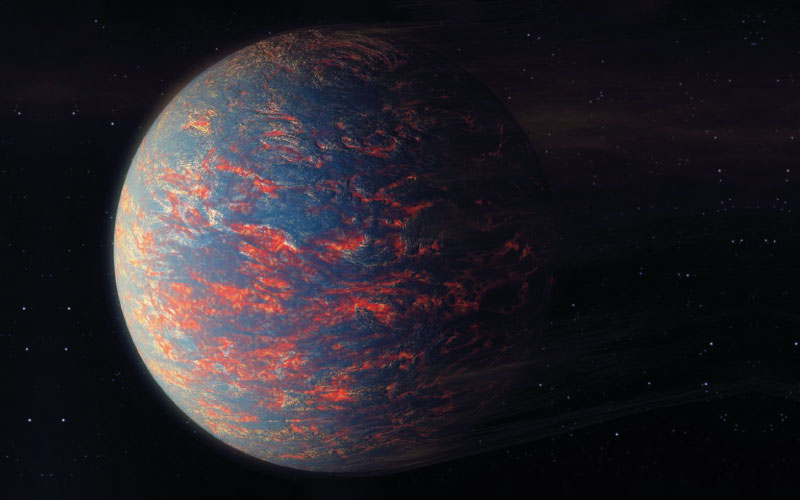 Alien objects from the universe landing on the Earth have always fascinated humankind. But extraterrestrial objects that bring diamonds to our planet? That was beyond one’s imagination until a meteorite named ‘Almahatta Sita’ struck the Earth in 2008. According to studies, it contained diamonds that were significantly larger than any previous discoveries from astronomical impacts. Furthermore, researchers from Hiroshima University added an intriguing finding stating that the formation of these diamonds happened on a planet that existed in the early days of our solar system.

Another similar instance was witnessed in 2012 when Russian scientists revealed that a meteorite impact from 35 million years ago resulted in the ‘Popigai Crater’ diamond mine. The trillions of carats of diamonds found here are known as ‘impact diamonds. 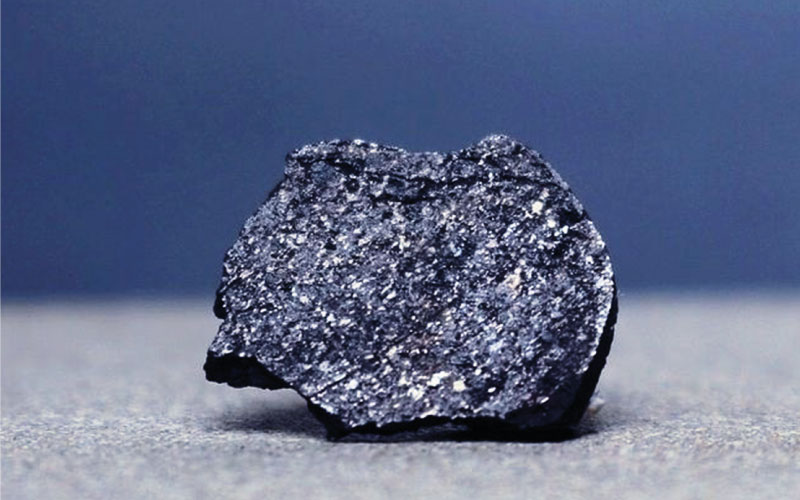 The world has witnessed innumerable strange instances, and some of those have remained mysterious. For example, centuries ago, myths suggested that diamonds were divine blessings that resulted from thunderstorms. However, time and again, the world realised that natural diamonds didn’t rain from the skies. But, beyond the realms of Earth, diamond rainfalls are actually a thing on Saturn and Jupiter.

In 2012, new atmospheric data revealed that the abundant carbon and methane on Saturn results in the rainfall of graphite chunks and roughly 1000 tones of rare diamonds in a year.

Eventually, these stones melt into a liquid sea. Additionally, diamond rainfalls on Jupiter lead to the formation of oceans of liquid diamonds. 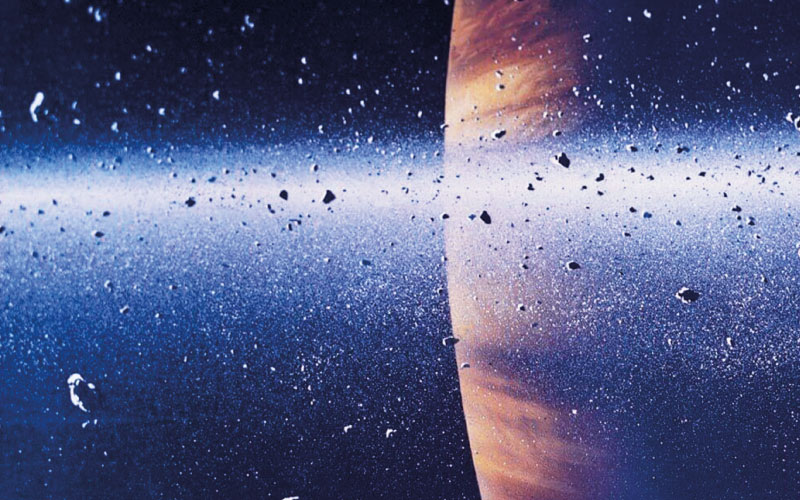 Diamonds In Black From The Space

The bright shiny diamonds are largely sought-after here on Earth. But, fascinating naturally black coloured diamonds have been found in the Central African Republic and Brazil. Researchers suggest that a bond of millions of diamonds stuck together form these black diamonds. Scientists widely suspect that these diamonds have crashed to Earth from space.

The Future Of Gem Production

Researchers and scientists have concluded that one of the most significant impacts of such extraterrestrial events result in creating valuable mining resources on Earth. Peter Haines, a sedimentologist with the Geological Survey of Western Australia, also shared that “A better understanding and appreciation of impact as a geological process may accelerate the discovery of impact-related resources.”

Discoverers have identified many substantial impact-related deposits worldwide as sources of gold, platinum, nickel, petroleum resources, and diamonds. Furthermore, these impact structures are a subject of academic study and sites that hold great economic significance. Therefore, it can be said that extraterrestrial diamonds will eventually contribute as significant sources of gem production in the future.